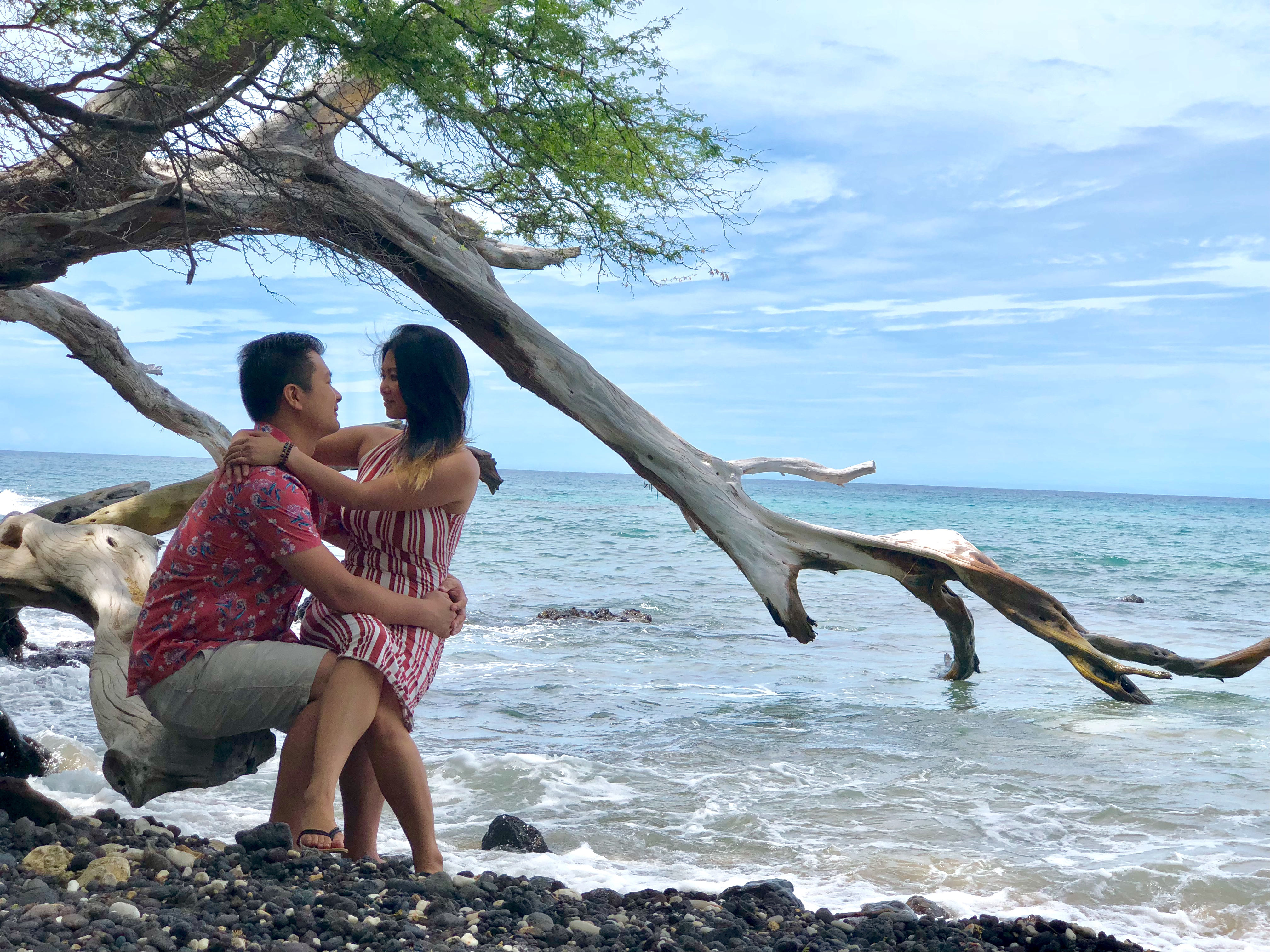 Please join us for our wedding celebration on

Meng and Nina met on a summer night in July of 2010, while out celebrating a friend’s birthday at a karaoke bar in L.A. Little did they know, they had crossed paths many times before in the past at parties and get-togethers, but did not actually officially meet. There are even pictures of them together in group photos in the past. So the karaoke bar was were they officially met.

Meng was standing up and singing when he saw with his peripheral vision Nina and her friend step into the room. One of Meng’s friends greeted her, then immediately asked her if she was single. She replied "yes" and his response was to shout "Hey! Meng is single too!" Meng and Nina both were like 🤦‍🤦‍♀️, but Meng continued singing as if he didn’t see it happen though he was excited to meet her once he was done.

Nina and Meng actually didn’t start talking until the end of the night when everyone was leaving. Coincidentally, Nina and her friend gave Meng a ride home that evening. Even though Meng’s friend secretly entered Nina’s phone number into his phone, Meng personally asked Nina for it before they said goodbye for the night. That marked the beginning of their friendship. However, the timing was off… both were going through different phases in their lives, but that didn’t stop Meng from pursuing Nina for over a year. Getting out of a long-term tough relationship, Nina was not ready for another, yet she found herself wanting to be around Meng all the time.

Fast forward a year later and the stars finally aligned for them. Nina got to see the sweet and caring side of Meng and he had won her over. From then on they embarked on an amazing journey together as M & N.

In August of 2018, after a romantic dinner for their 7th anniversary, Meng took Nina along with their 2 furry kids to the local dog beach. Meng surprised Nina by proposing under the moonlit beach at Coronado Island dog beach; where they often spent quality time there with their dogs Precious & Orion.

They were meant to be together and the universe had always had a plan for them. From getting to know each other as friends, to building the strong foundation which allowed their love and relationship to grow.

They’re so excited to start the next chapter of their lives together and can’t wait to celebrate with you in December!